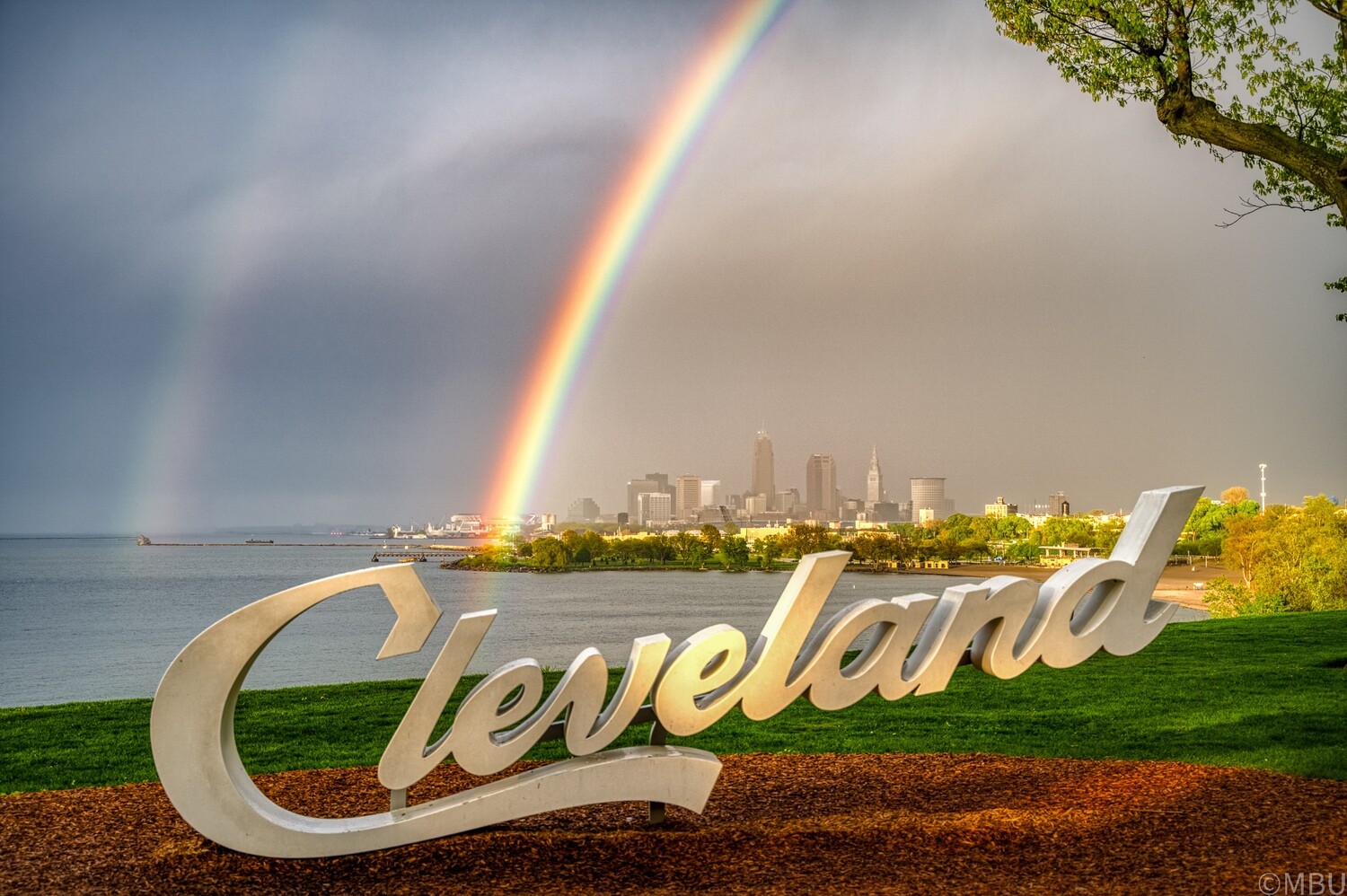 The last time I went down by the lake to try and capture a rainbow, I forgot my memory card so it was an embarrassing failure. By the grace of God or just out of stubbornness, I took that as a learning experience and have been waiting since to redeem myself. So it was about 10 months later but as soon as I saw the weather forecast had thunderstorms followed by no rain in a short period of time I became excited. The storm was visibly heading east over downtown and one could see the clear skies forming over the lake. Exactly right in front of my eyes the rainbow formed and I started shooting. However when I looked up I saw that I only had a partial view. I threw down the tripod and unabashedly headed towards the Cleveland Script Sign on top of the hill.