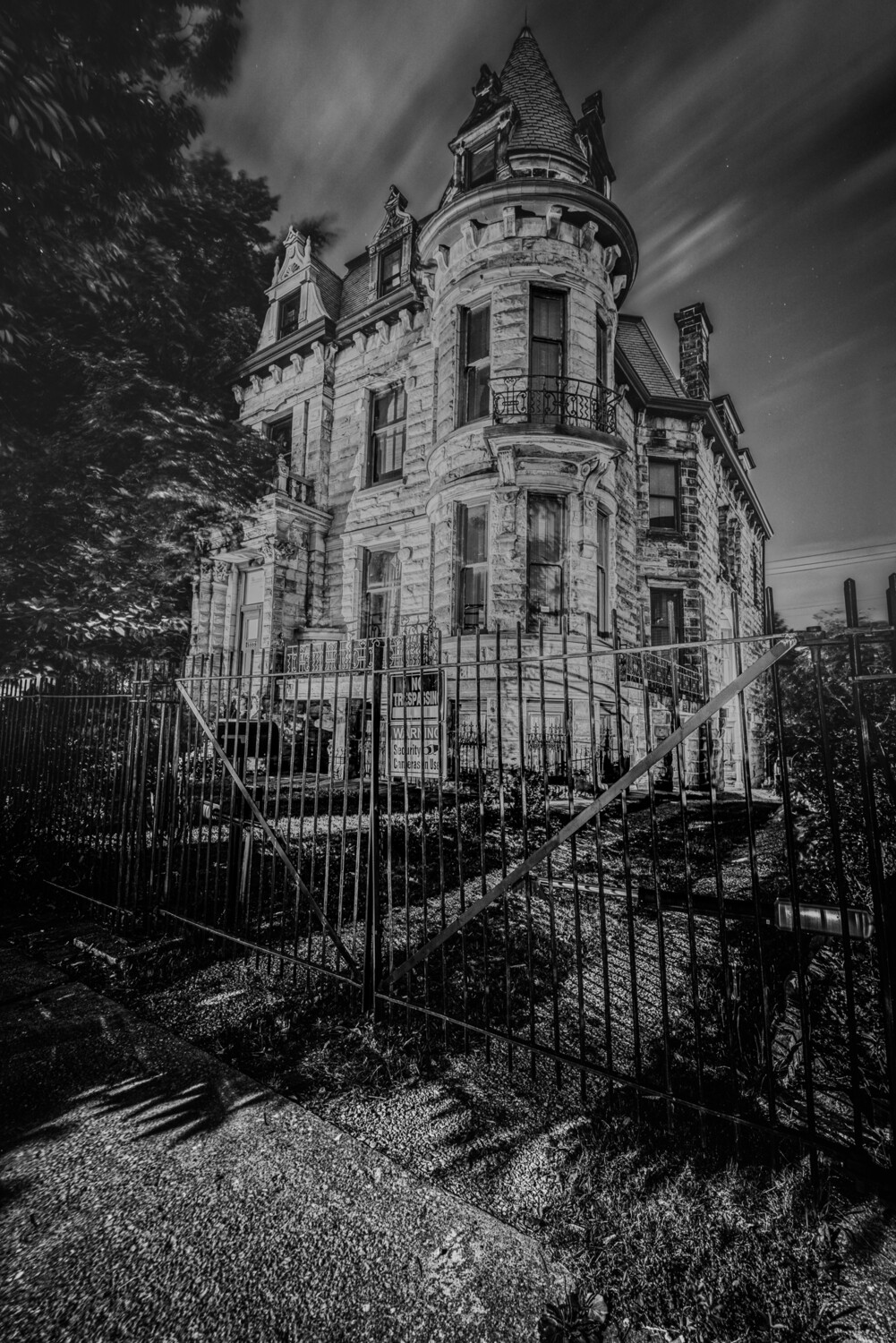 One of my biggest supporters commissioned me to get him a photograph of this well storied residence on the west side of Cleveland. I do not really have any strong opinions on ghosts and things of that nature so I didn't think much of it when I went to take the shot. Well, I set up my tripod and programmed the settings into the camera. Next everything went bonkers. A series of shots with different settings began firing rapidly although the settings menu was not changing. After several dozen shots, the only way to stop the camera was to manually power it off, which I did. I reviewed the photos and was pleasantly surprised so I packed up the gear and left. Only later did it occur to me just how strange of an experience it was.... I will leave it up to others to look into the windows